During my service in the bank I worked in some of the rural branches situated in Tamil Nadu. working in a rural branch was difficult due to insufficient transportation facilities, lack of sanitary facilities, frequent power cuts etc.,.But the people in those villages were very respectful, honest and above all very simple.They had good faith in the bank and staff working there.We were taken good care by them. They will invite the bank staff for all celebrations in their houses and felt so happy when the bank staff attended the functions and had food in their homes.After the harvest is over they will sell their produce and keep the money in their savings account. since most of them were not educated enough to fill up the bank forms they will request the staff to do the same.

Even in those days there were among the villagers a few who were private money lenders.Since bank loans involved lot of paper work and time consuming the local money lenders utilised this gap and lent money to the villagers at a very high rate of interest. But since money was available immediately the gullible villagers used to borrow from them and land in trouble in case the monsoon failed or the crop was destroyed due to any other natural calamity. Being unable to repay the money borrowed the villagers used to sell their cattle, jewels and at times their land holdings also to the lenders. Nationalised banks gradually opened many branches and started lending aggressively and thereby the problems are mitigated to a large extent today

On the other hand there was also the threat of some cunning individuals who lured the ignorant citizens by offering unsustainably high rates for their money. Since the bank interest was any day much lower than the rates offered by other non banking companies, chit funds and individuals it was easier for them to garner huge chunk of public money. After paying attractive interest for some months these firms used to vanish suddenly thereby leaving the depositors high and dry. Unfortunately the public falling prey to such bogus firms continues even today .These two aspects as detailed above keep coming up every now and then due to lack of awareness and greed on the part of the general public.

Any organisation accepting deposits from the public must deploy the monies so collected in productive and profitable ventures. The business must generate sufficient revenue for them to first cover the administrative and manufacturing expenses or if it is a financial institution lend the money to needy manufacturers and small industries. In both cases the lending organisation should make sufficient profit in order to pay the public a reasonable return by way of interest. So when somebody is enticing the public with a much higher rate of interest than offered by banks and well run companies it should naturally be viewed with all alertness. we should seek answers from them regarding their business, investments ,owners etc before entrusting our money.As of today the rate of interest for deposits is hovering around 6.5/6.8%p.a and anybody offering a much higher rate must be viewed with suspicion. Normally these firms surface suddenly in second rung cities to avoid scrutiny, set up a posh office with all modern gadgets, glossy print materials etc to attract the unsuspecting public. Reserve bank of India and other connected Government agencies regularly issue guidances and warnings to public regarding these methods of bogus companies. Though banks offer lower rate of interest we can be assured of the safety of our hard earned money.

Will continue next week..

Till then good luck.. 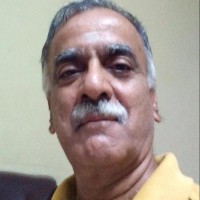 Bankers are human too.

If we are having a bank account and visit the bank branch regularly most of the time when we visit the branch we can see some clients getting angry, shouting at the bank staff, in turn, the front office staff or the […]

power of compounding : The Recurring deposit… Compounding works by growing our investments many times. This is done by adding our interest or profits back to the principal and the entire amount is reinvested to get more return. In banking transactions compounding […]

We and our money …a simple tool to financial well being”.

Interest rate cycles.how to benefit from.? We are now seeing in newspapers that the banks are gradually increasing the interest rates on loans and deposits. This increase follows the changes announced by the Reserve Bank Of India in the bench mark rates.Depending […]